The first ceiling fan is born. 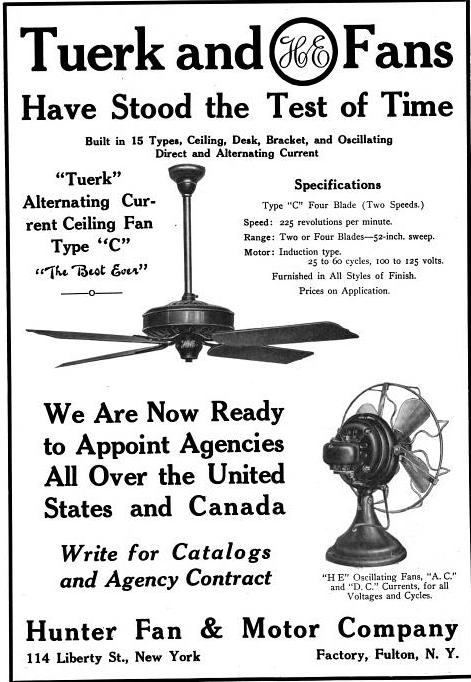 In 1896 Hunter bought out the remaining interest of the Samuel Tuerk Company and changed its name to the Hunter Fan & Motor Company. As a nod to the Turek Electric Motor, which the Hunters developed, they introduced a new ceiling fan that runs on alternating current: the “Turek Type A.”  The fan’s a hit, and as electricity becomes more widely available, the era of the modern ceiling fan begins.

In 1986 to celebrate the company's 100th year anniversary, Hunter introduced a replica of the Tuerk ceiling fan, called the 1886. A similar retro 60 inch two bladed fan in midas black finish is currently available. This fan is ideal for turn of the century setting.